On 11 March, Professor Liu Xiuming, Chinese Director of the Confucius Institute in Sofia, and Li Yuanjun, a Chinese teacher at the Institute, were invited to attend the closing and award ceremony of "A Closer Look at China", the China Theme Month at Espa School in Sofia.

Espa School is an international language school with a history of thirty years. Located at the foot of the beautiful Vitosha Mountains, it has an advanced and unique school education concept, attracting a large number of students every year. The China Theme Month event is the school's brand event and one of the most popular language and cultural events. The China Theme Month activities not only enrich and broaden students’ knowledge, but also stimulate their enthusiasm for language learning and expand their international horizons.

Prof. Liu Xiuming and Mrs Li Yuanjun, guided and accompanied by Espa teacher Mrs Savina Krastarska and a students’ representative, visited the exquisite exhibit "Chinese flavour" made by the students themselves. The teaching building is full of Chinese cultural elements, reflecting students' deep love and in-depth understanding of Chinese language and culture. Mrs Krastarska and the students’ representative respectively introduced the school's philosophy, the school’s characteristics and the students' works exhibited at the event to the guests.

At 11:00, the closing ceremony officially began. Prof. Liu delivered a speech on behalf of the Confucius Institute in Sofia. He first expressed his congratulations on the successful organisation of the event. Then, he introduced the advantages of running a Chinese language school as part of the Confucius Institute in Sofia and encouraged students to actively participate in the upsurge of Chinese language learning. At the closing ceremony, more than 20 students showed their entries. They either exhibited physical objects, showed pictures, gave passionate speeches, or shared videos, leading the audience to travel between ancient and modern changes in China, wandering in Chinese culture, and experiencing China: modern science and technology, Chinese customs, Chinese history, philosophy, medicine, writing, daily life and other aspects.

The award ceremonies were part of the event and prof. Liu and Mrs Li presented certificates to the winners.

After the event, prof. Liu and Mrs Li were interviewed and had a friendly conversation with the school principal Elena Nemtsova. Both parties are confident in the follow-up cooperation between the Confucius Institute and Espa school. 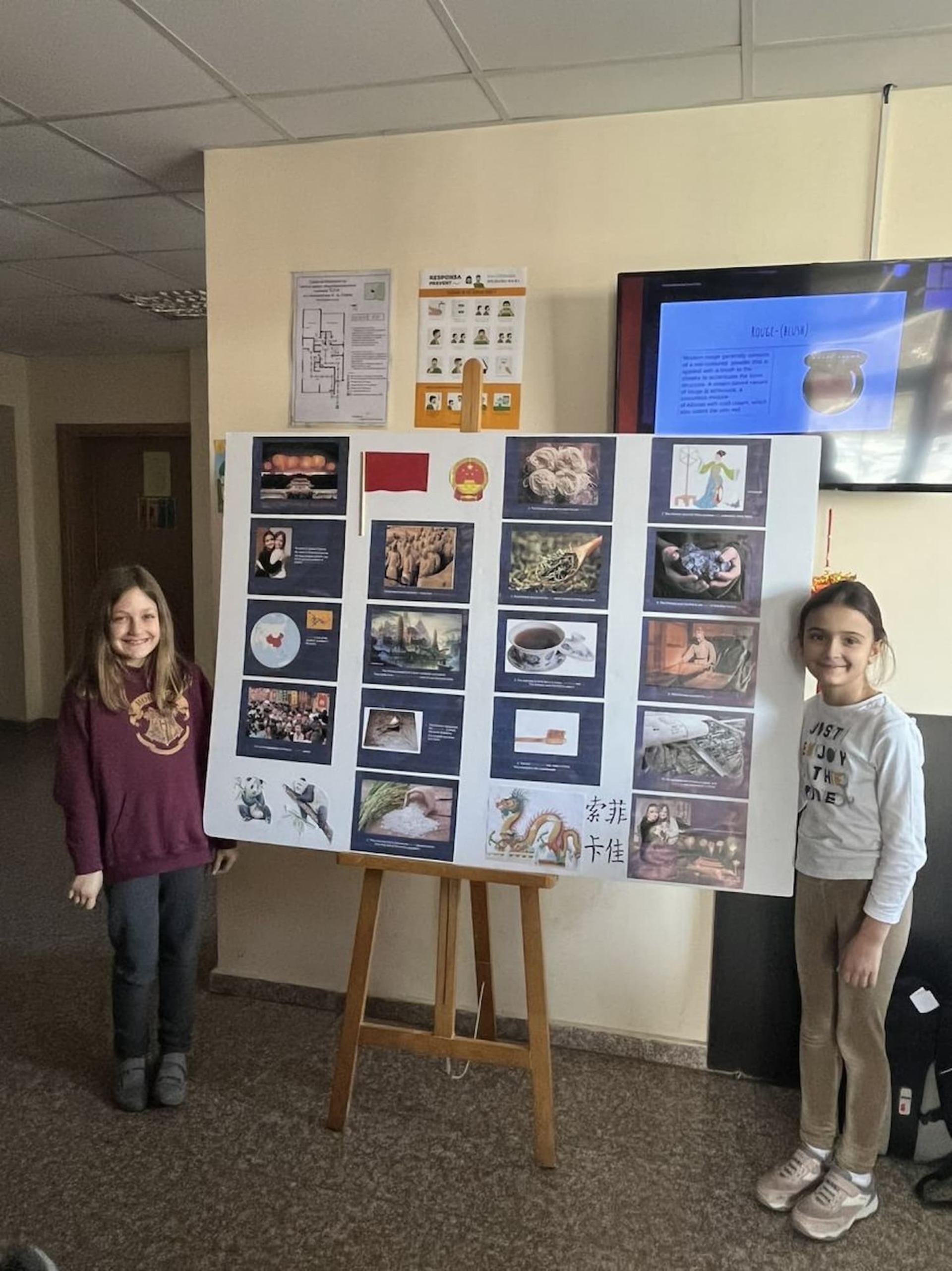 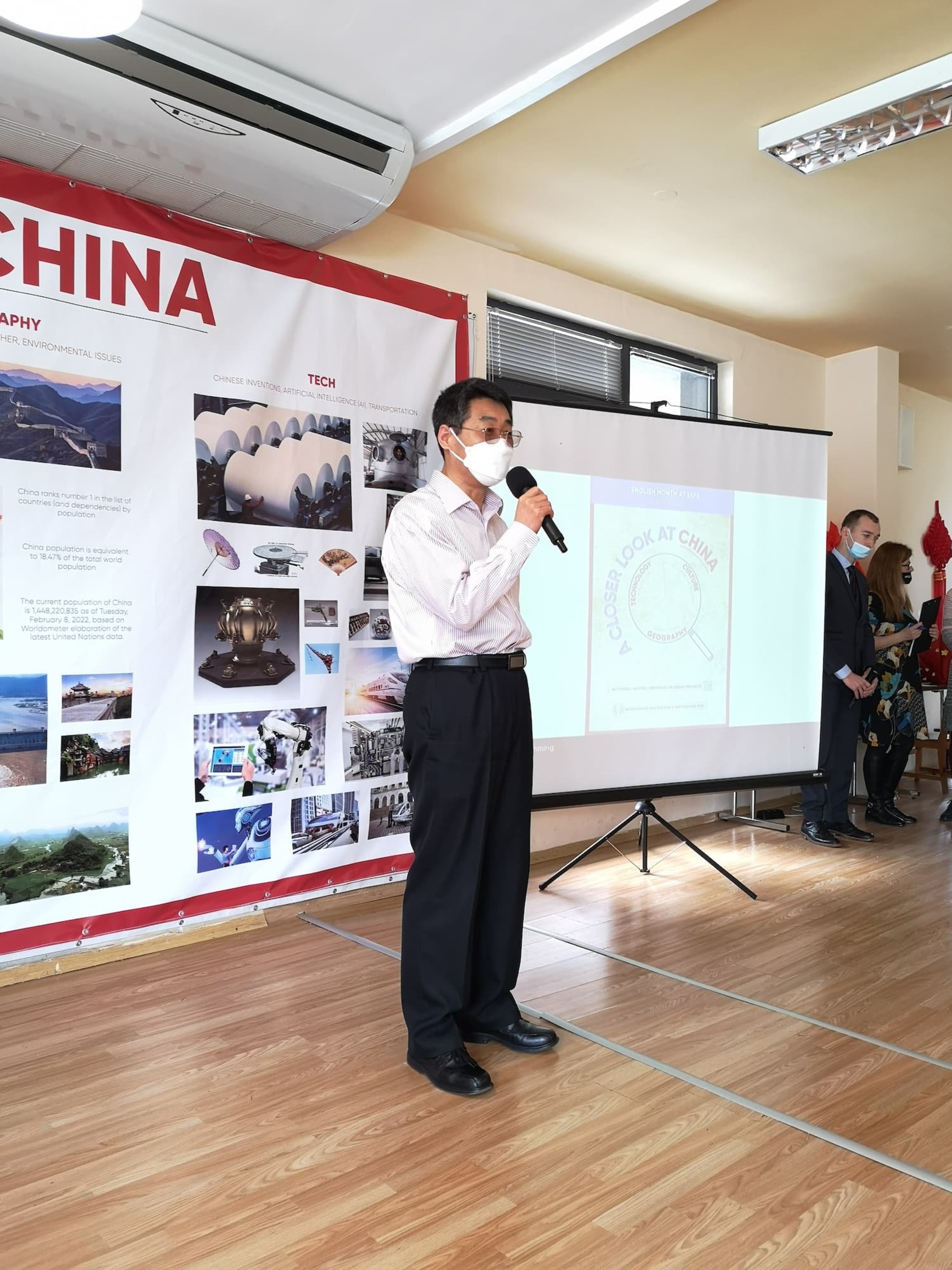 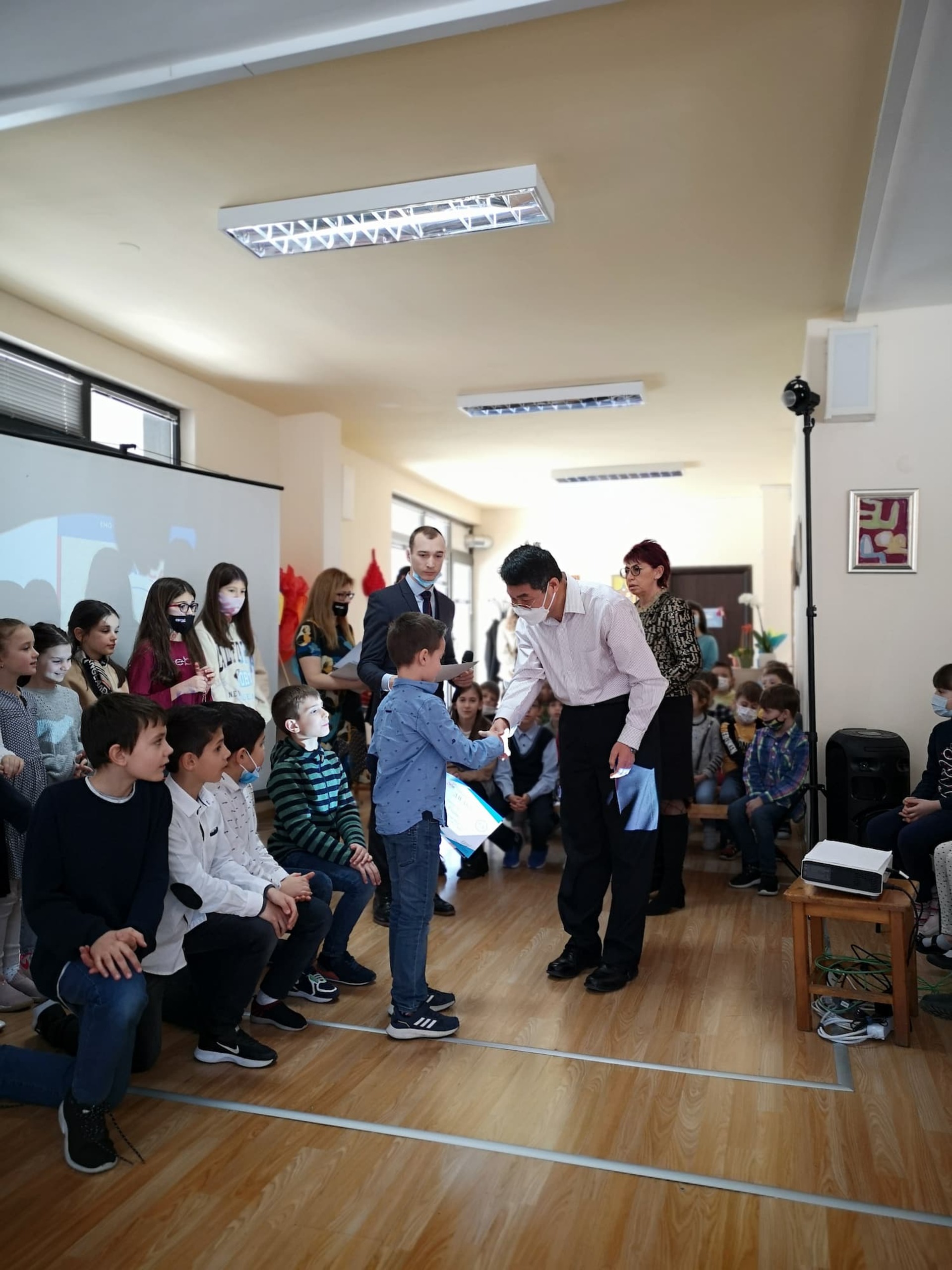