On the evening of March 22, 2022, the Confucius Classroom at the University of Ruse “Angel Kanchev” which is part of the Confucius Institute in Sofia, held a brush calligraphy experience activity. The event was led by Chinese teacher Hu Yuan. Students from the elementary Chinese language class and some fans of Chinese culture participated in the activity.

At the beginning of the activity, Ms. Hu Yuan showed the participants the basic items needed for brush calligraphy: brush, ink, paper, ink stone. Then, she introduced the historical evolution of Chinese characters, their writing characteristics, the production process of brushes, the posture when holding the brush. Ms. Hu also demonstrated the five basic strokes: heng, shu, pie, na and dian, while the students had the opportunity to write the characters for one, two, three, six, eight and person.

As the only remaining pictographic system, Chinese characters are one of the oldest, most mysterious and most charming writing systems. In learning Chinese, writing characters is a difficult part. Calligraphy is like the art of painting, full of charm. Ms. Hu Yuan organically combined the art of calligraphy with the teaching of Chinese character writing, which stimulated everyone's enthusiasm for participation and improved their writing ability and cognition ability. Not only did she convey the evolution of Chinese characters, but she also made boring character writing interesting. At the same time Ms. Hu laid a good foundation for upcoming Chinese teaching. 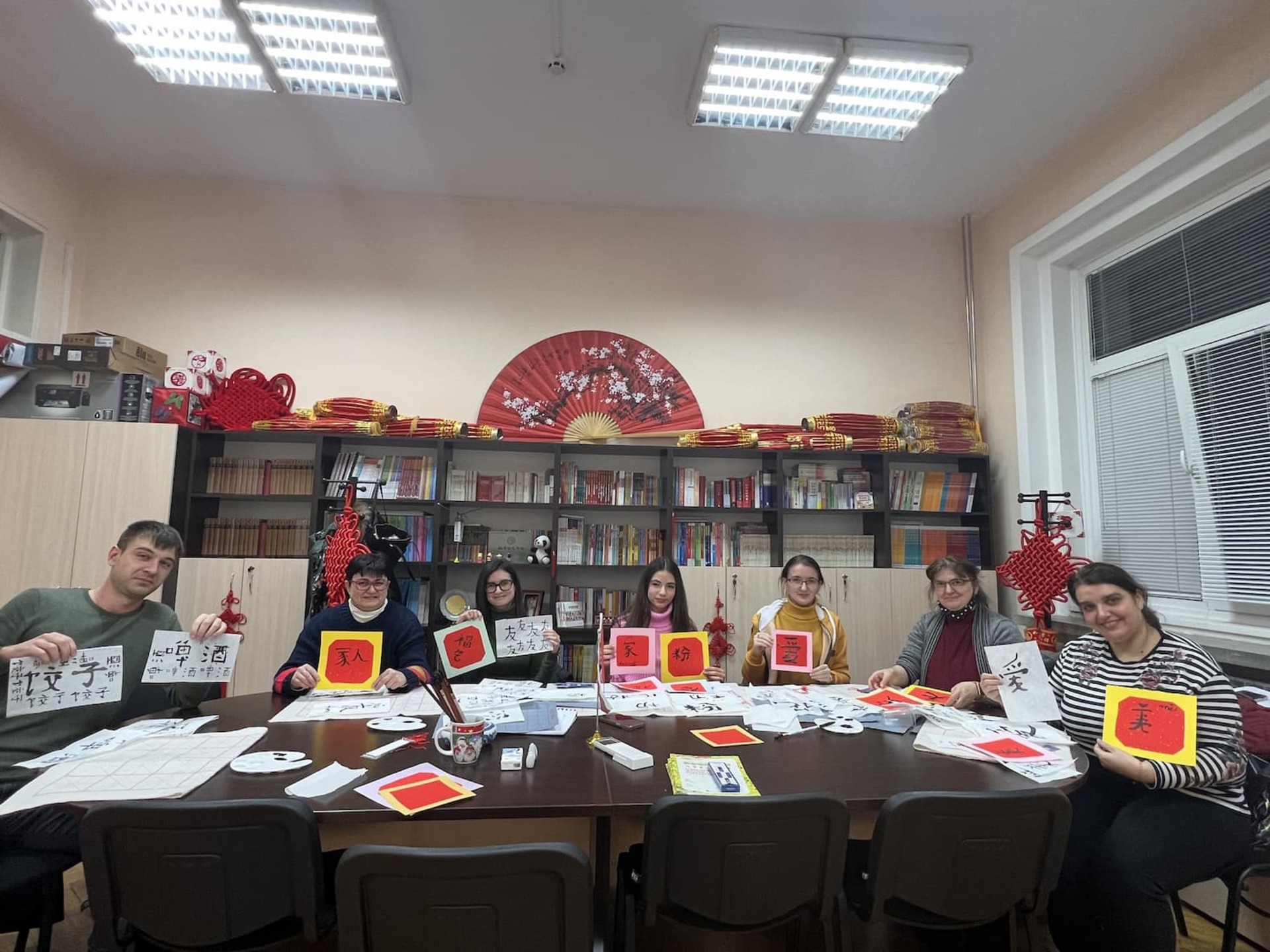 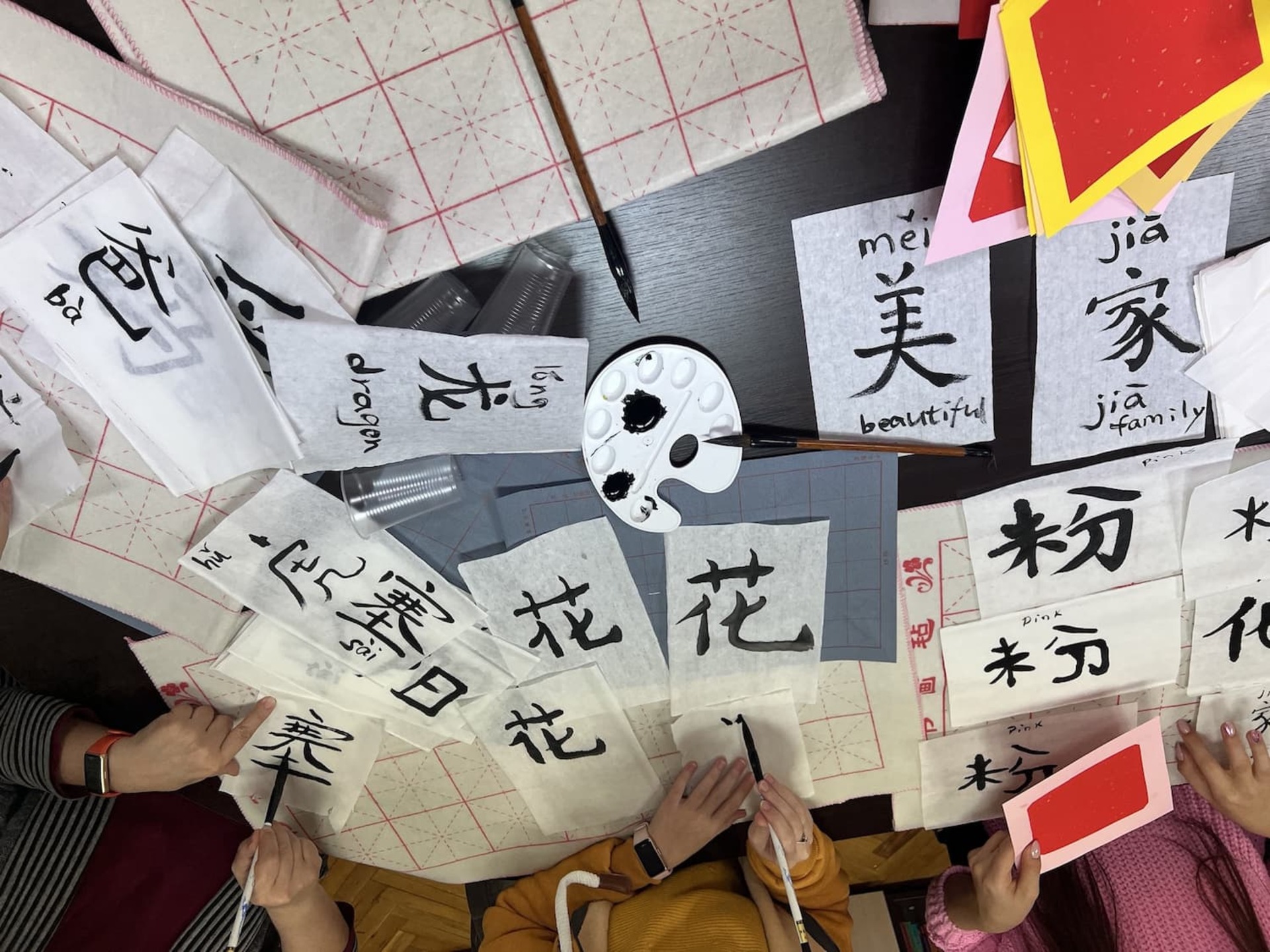 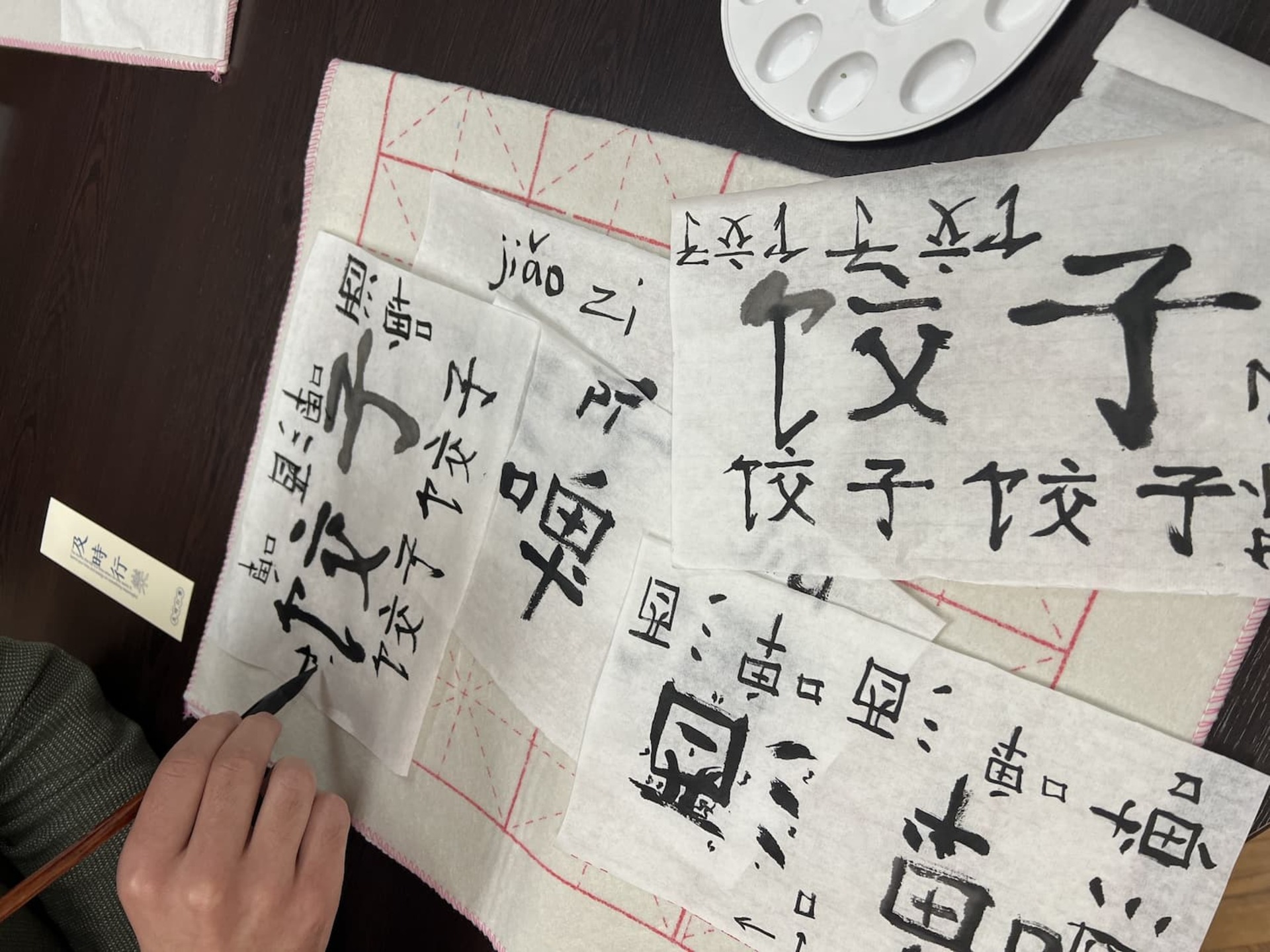