On September 3, the “Scenes of Struma” Festival was held on the square in front of the “Brotherhood 1869” Cultural Center in the southwestern Bulgarian city of Kyustendil. Invited by the local municipal government, the Confucius Institute in Sofia, organized and led by the Bulgarian and Chinese directors, took part in the festival. The Institute team brought with them a rich and unique experience of Chinese language and culture to the local people and other participants.

The theme of the festival was “Friendship”, emphasizing the promotion of harmony and friendship through cultural exchange and mutual learning. The organizers had invited representatives from China, Germany, France, Azerbaijan, Morocco, and other regions and cities in Bulgaria. In this cultural event, the Confucius Institute in Sofia was the only representative of China. On behalf of the Institute, the Bulgarian Director Mrs. Aksinya Koleva delivered a speech at the opening ceremony. She introduced the history of development of the Confucius Institute in Sofia and the active efforts and contributions made by the Institute in enriching the cultural life of people in Bulgaria. She expressed her sincere gratitude to the municipal government for their invitation, to the organizers of the event for the promotion of cultural exchange and peace, and to the general public for their concern and support for the development of the Confucius Institute.
In order to display the most unique Chinese traditional culture, all the staff of the Confucius Institute have carefully planned and fully considered the cultural differences of different audiences. From the design to the display, the Institute repeatedly weighed everything, made every effort for perfection, in order to attract the attention of the general public and to enhance their sense of experience and identification with Chinese culture. After sufficient preparations, the Confucius Institute presented the most representative activities of Chinese traditional culture on the festival: Chinese calligraphy, tea ceremony and Taichi.
During the event, the booth of the Confucius Institute in Sofia was crowded and bustling. The directors and the staff carefully demonstrated, explained in detail, and answered questions patiently, which quickly aroused everyone’s interests. Many people picked up brushes one after another to try the charm of Chinese calligraphy; others brew a pot of green tea and tasted it with relish, feeling calmness and enjoyment. Taichi movements were soothing and natural, with every move and style full of charm. Everyone coming to the booth was given a calligraphy work with their Chinese name on it. Sipping Chinese green tea made by themselves and watching the Taichi teacher’s performance, the attendees showed happy smiles on their faces.
Through this activity, the Confucius Institute effectively promoted Chinese culture and greatly enhanced the local influence of the Confucius Institute and Chinese culture. Many people said that they would definitely come to the Confucius Institute to learn Chinese or participate in various online and offline activities in order to have a better understanding of Chinese language and culture. 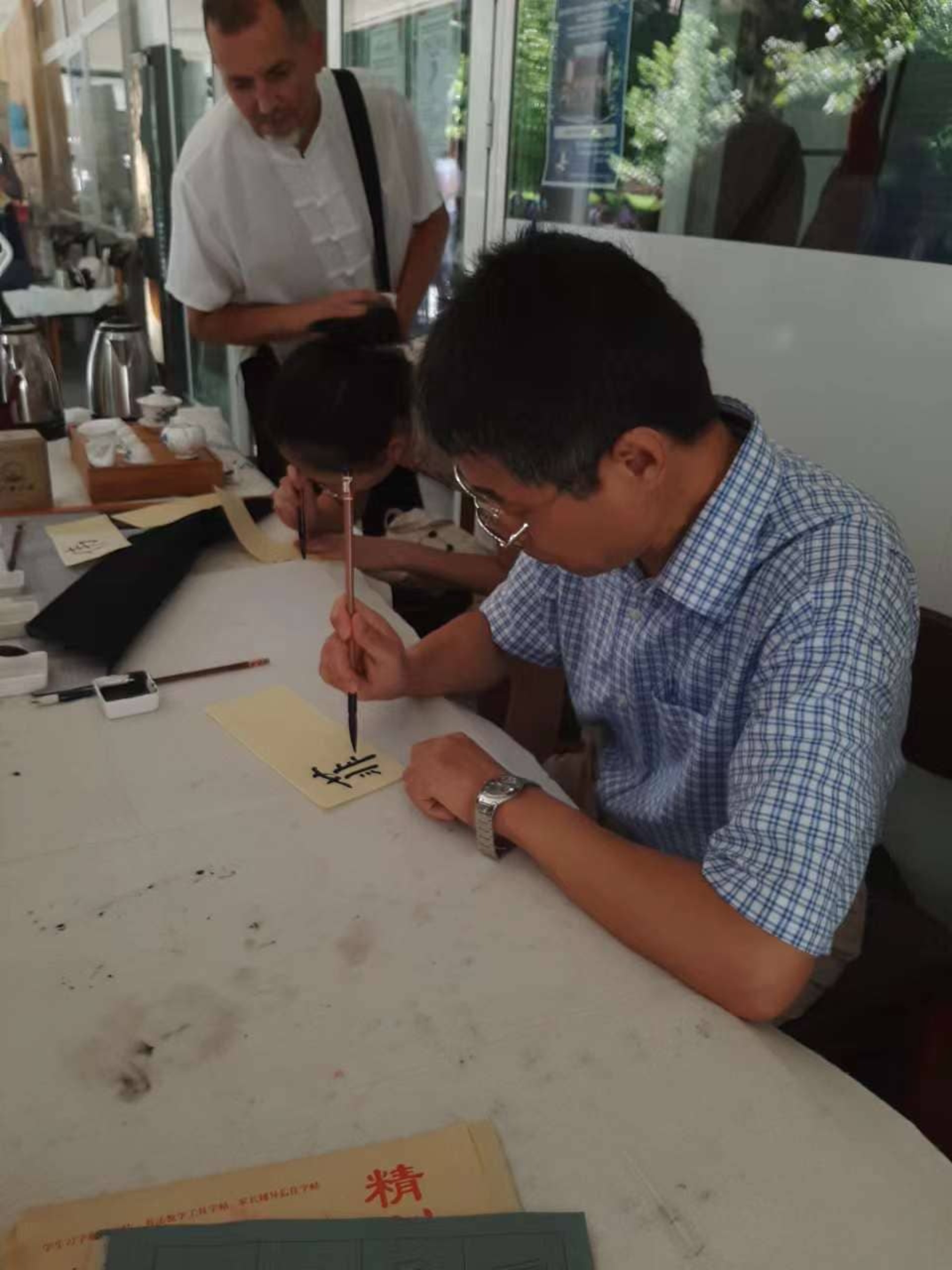 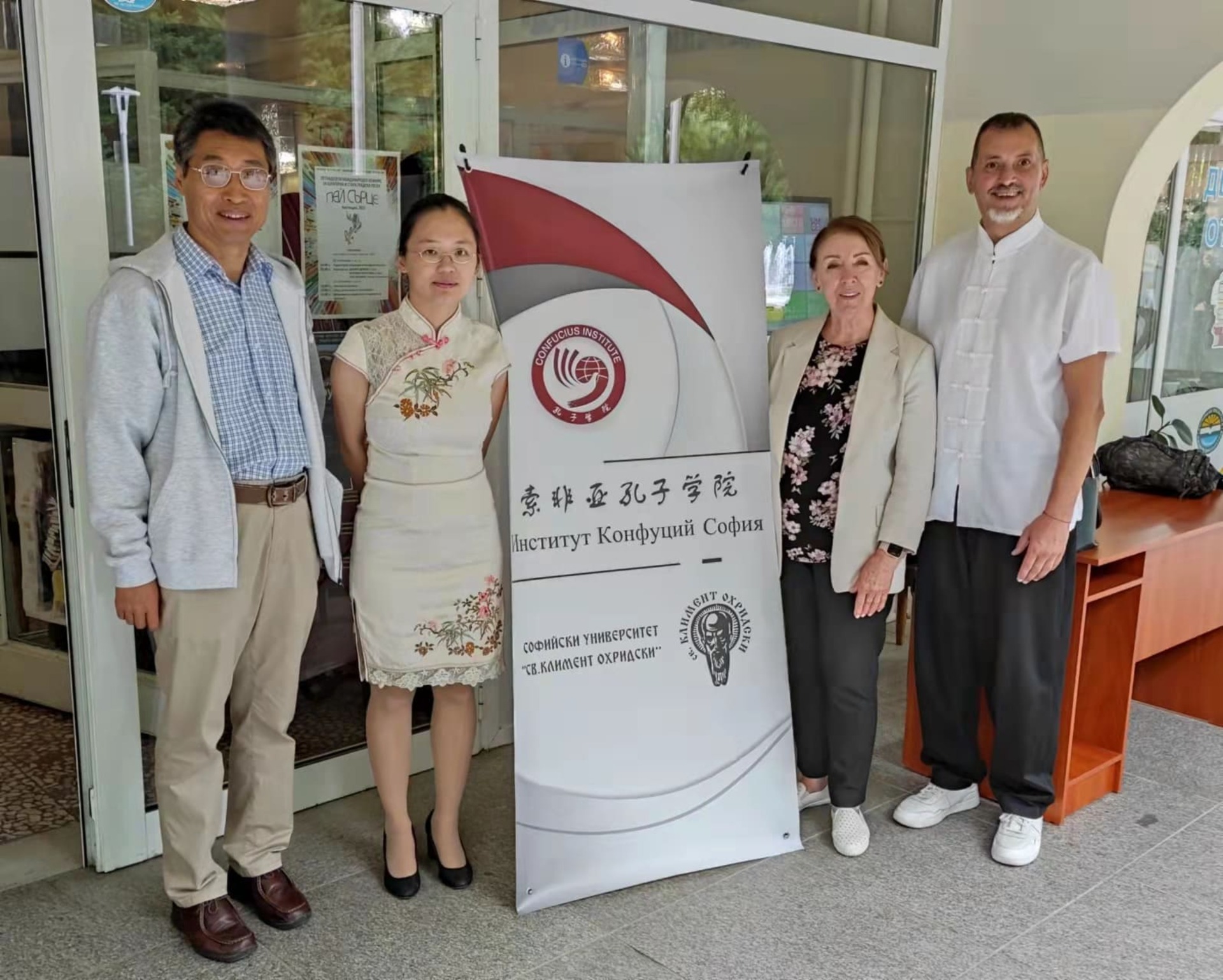 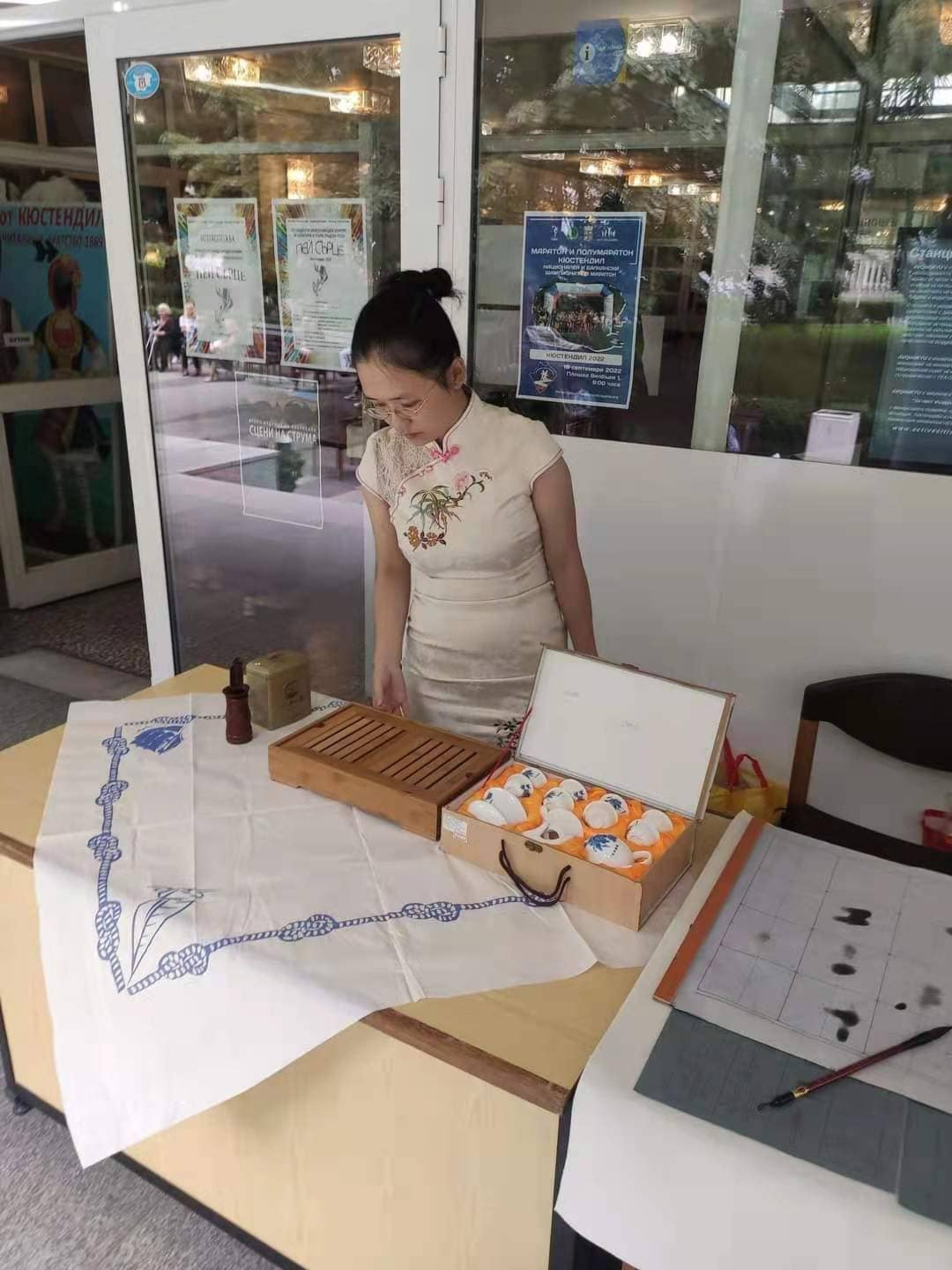 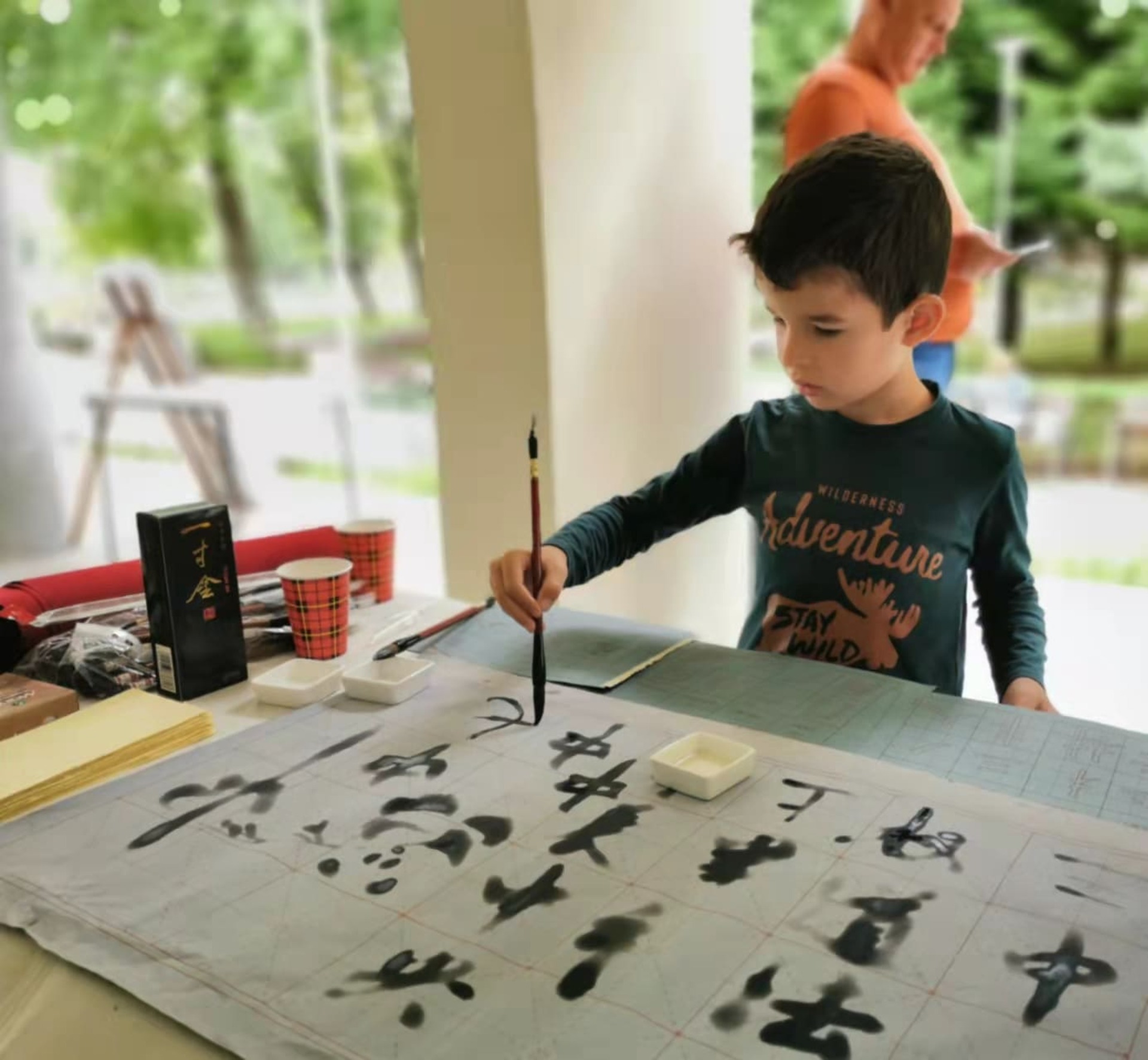 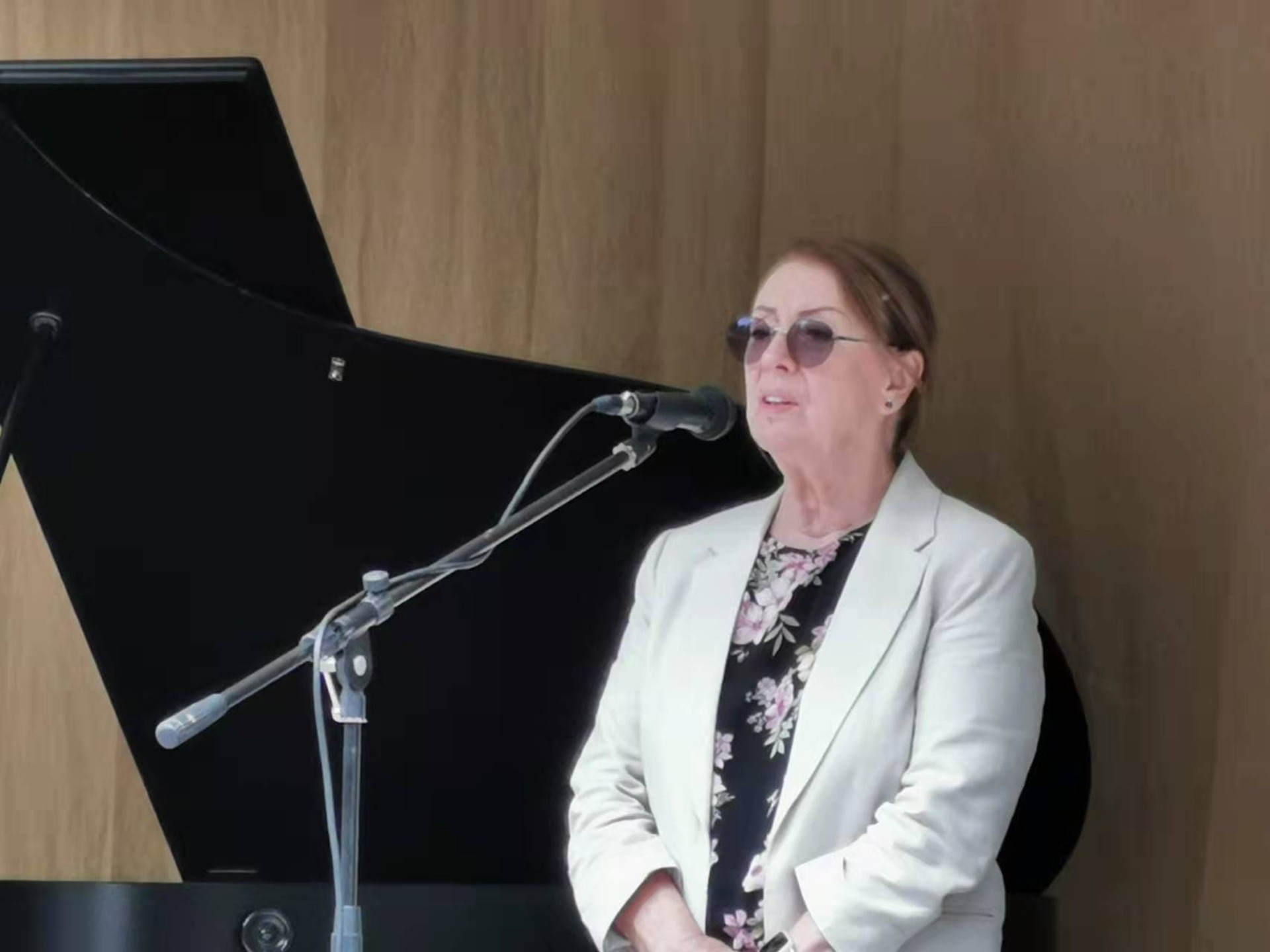